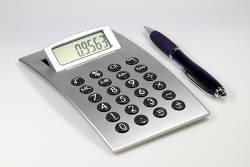 Differential Taxation of Silver and Other Precious Metals

Since 1 January 2014, the reduced value added tax rate of 7% for coins of silver, valid until the end of 2013, has been cancelled. Since then, silver coins have had to be taxed principally with the statutory tax rate, thus currently 19% (as of october 2014), like platinum and palladium had already been before.

The value added tax rise for silver coins has been decided at the EU's insistence in June 2013 and has become applicable on 1 January 2014. Thereby, the purchase of silver coins increases in price significantly by approx. 12 percentage points.

As often happens, even in this case, there is a particularity in the German tax law. Silver coins which are imported from outside of the EU (e.g. the Canadian Maple Leaf, the American Eagle, the Australian Koala, etc.) or purchased from private persons are excluded from the new regulation. The importing trader pays the import sales tax of 7% and can then apply the so-called differential taxation. Equally, the trader who has purchased silver, platinum, or palladium from private persons before can apply the differential taxation.

When applying the differential taxation, not the total net sales price is taxed as usual, but only the difference between purchase and sales price, thus the trader's margin, is subject to the full tax rate of 19%. The name of this type of taxation derives from that.

The import sales tax of 7% added to the purchase price corresponds exactly to the old VAT rate of 7%. The additional differential taxation of the trader's margin is small, because the margins in the precious metal trading, as is generally known, are very small.

Therefore, most of the silver coins have only increased slightly in price since January 2014, on average approx. by 1% until now compared to the regulation valid until 31.12.2013.

When applying the differential taxation, the selling trader may not account for the VAT included in the purchase price in the invoice. Therefore, the opportunity of an input tax deduction does not apply for commercial customers who are entitled for input tax deduction.

Thereby, the purchase of silver which is subject to the differential taxation increases in price for commercial customers with entitlement to deduct input tax, for silver coins at least by 7%.

Therefore, it is advisable for commercial customers who are entitled for input tax deduction to switch to offers which are subject to statutory taxation when purchasing silver coins, silver bars, platinum, and palladium. In this case, the value added tax included in the purchase price is declared in the invoice and can be set off accordingly.

For detailed questions, please turn to your tax advisor. This information only serves as a guideline and does not replace a tax advice.

Impact on the range of offers

Unfortunately, there arise considerable difficulties during the practical implementation of the differential taxation. Thus, there are obviously different interpretations whether the offered silver coins have to originate from a non-EU-country or if the import from a non-EU-country is sufficient for the implementation of the differential taxation.

For instance, some big wholesalers does not offer the silver coin Vienna Philharmonic, which is very popular in Germany, with differential taxation, simply because it originates from the EU-country Austria. By contrast,the Vienna Philharmonic with differential taxation is also on offer by other wholesalers, because it has been reimported from a non-EU-country.

Requests of different precious metal traders to their responsible tax offices unfortunately do not bring the desired clarity either.

Conclusion: There is legal uncertainty with regard to the interpretation if the country of origin or the country from which the coin has been importet has to be used for the implementation of the differential taxation.

Edelmetalle direkt, for this reason, only offers coins with differential taxation which have either been produced in a non-EU-country or originate from returns of private persons.

For this reason, you will find the popular Vienna Philharmonic in silver usually only as a coin which is subject to the statutory taxation with currently 19% VAT. The same applies for the coins and coins bars produced in Germany as so-called agency mintings, such as the Andorra Eagle and the Cook Island in silver. 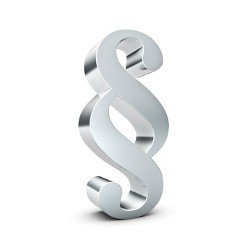 
Legal text about the differential taxation

For the respective extracts of the German Value Added Tax Act, please visit our German site.