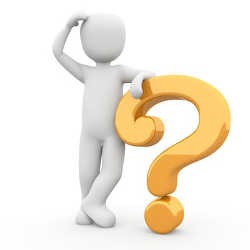 Here, you will find good reasons for the purchase of gold, best from Edelmetalle direkt in Freiburg.


Gold is naturally short. All the gold ever extracted from the ground fits into 2 olympic swimming pools. And gold cannot be produced as often as necessary - contrary to money, that can be multiplied arbitrarily in accordance with political regulations. Politicians have made and still make full use of this. Because of the interest and the compound interest effect, however, the states have to spend an increasing part of their (tax) revenues for the debt service. From a several indebtedness onwards, this inevitably leads to a collapse of the monetary system, according to the statistics approx. every 60 - 80 years. A state can only free itself of debts indirectly through devaluation of purchasing power - commonly indicated as inflation - or directly through a currency reform with a so-called 'haircut'. As a result, the currency valid until then depreciates by approx. 70 - 90%.

© T. Michel / Fotolia
Currently, all large economies are exorbitantly overindebted: the euro area, the USA, Japan, China. Insofar, a renewed 'debt relief' of the states is long overdue. And by contrast to regional bankruptcies of the state à la Argentina, there is currently no alternative currency of another country, which the knowing people can escape to from the personal expropriation by 'their' state.

The former boss of the US-American central bank, Alan Greenspan, has decribed very accurately in his essay 'Gold and economic freedom' that only a gold stanard can protect against the expropriation by the state. Even after his retirement in 2006, he confirmed in an interview that he adheres to his statements from 1966. Consequently, he has his consultancy fees paid off in gold!


Conclusion: only the private possession of gold (and silver), preferably as anonymous purchase over-the-counter, protects sustainably against loss of assets.


Let us perform a thought experiment:

If you found a waterproof box from the last millennium in a sunken ship on the seabed today, from which both gold coins and banknotes with the same imprinted or minted  par value can be salvaged undamaged: Which would you get more for? For the banknotes or the coins?

Naturally, the bankers are also aware of this value guaranteeing character of gold. Many bankers, at least those of the 'old school',  for this reason recomment on request what they once have learned themselves in their apprenticeship: 8-10% of the private portfolio in physical precious metals, also more in times of crisis.

There should be no doubt that we find ourselves well in times of crisis worldwide, at least economically. But how high is
the gold share in private investments in fact?


In the global scale, not even 1% of all private investments are placed in gold. In Germany, a Steinbeiss study claims that almost 4% of the private investments are placed in precious metals. Therefore, if everybody listened to the textbook wisdom of the bankers, in the global scale, this would result in at least an eightfold rise of the demand, with regard to Germany at least in a doubling. 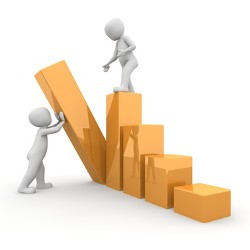 © 3DMan.eu / Fotolia
However, there is so less freely available and recoverable gold, that only with regard to Germany, one further %-point of the private investments that is placed newly in gold would spend approx. 75% of the current annual world production.

Everybody can imagine what this surge in demand will mean for the price of such a rare good.

To talk about a bubble in the economy is always appropriate in the case where 20% or more of the investments are placed in one investment class or if 20% of the new investments flows into this investment class. This was the case e.g. for the so-called 'new market'. For gold, there are currently the mentioned 1 % or 4%. Therefore, we still have some room for improvement!

Gold is common and well-known worldwide


Also the central banks of many countries safeguard their currency by storing gold reserves. According to official figures, the Americans have approx. 8,400 tons and the Germans approx. 3,400 tons of central bank gold.

Unfortunately, the bigger part of the German central bank gold is stored in the USA and there are doubts that this is even still existing and will or can ever be returned.

Gold is common worldwide, easy to identify, and accepted as a means of exchange since more than 2000 years, also with private persons! Therefore, gold owners do not necessarily depend on a bank or an expert, if they want to make gold or a part of it 'liquid' again.

This is the principal differentiating factor from other recoverable raw materials of a high value density, such as diamonds, platinum, rare earths, or other rare metals.

Gold is tax-free when purchasing or selling (after 1 year)


Another differentiator is the tax aspect..

Because of the monetary character of gold, the purchase of gold for investment purposes is tax-free: no value added tax!  For all other recoverable investments, such as silver, platinum, palladium, diamonds, oldtimers, rare earths, rare metals etc., 19% VAT have to be paid currently in Germany.

If a profit is realized with the sale of gold (or silver!), this profit is currently tax-free in Germany, if at least 1 year has expired between the purchase and the sale. This is unique and only applies to gold and silver for investment purposes! This information does not replace a tax advice. Please clear up any detailed questions with your tax advisor.


One of the advantages of gold is for instance the low volatility. This means, that the gold price usually varies considerably less than the silver price.

Exchange losses usually turn out to be heavier in percentage terms for silver than for gold and the recovery phase is extended. 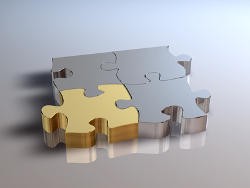 © markus dehlzeit / Fotolia
By contrast, appreciations of value turn out to be heavier in percentage terms for silver than for gold.

In the long term, silver is way out in front of the average annual increases in price: from 2000 to 2014, silver has increased by approx. 14% per year on average, gold by approx. 10% (source: James Turk).

However, those who regularly follow the charts and get beads of sweat on their forehead when the prices are decreasing should better reach for gold.

And the shorter the scheduled investment period, the safer is gold.

Furthermore, the value density of gold is higher than the one of silver. Currently (August 2014), one gets more than 60 ounces of silver for 1 ounce of gold on the commodity futures exchange. And because silver has approximately half of the density of gold, this means that for silver you can schedule up to 120 times the volume of gold for the same amount of money.

In practice, this means that gold is easier to transport and needs less storage space because of its compactness. Thus, one can put e.g. one tubule of the double thickness of a thumb with 10 x 1 ounces of Krugerrand coins easily into his pocket (approx. 400 g with packaging). If one acquires silver instead of gold for the same purchase price, one already has to drag a box of the size of a (small) shoe carton with a weight of approx. 20 kg.

Because of the higher volume, the warehousing of silver is also costlier and - at least with banks - more expensive than for gold.

Edelmetalle direkt offers an anonymous custody of silver and gold independent from banks for the same price!

Both gold and silver respectively have advantages and disadvantages. The best is to have both! Click here for further information about silver.

Conclusion: gold belongs to every portfolio


We are happy to give you advice also for the following questions: gold and silver in which relation to one another, if as a coin or bar, in which denomination, how you can detect the authenticity, how you can store it. Simply arrange a consultancy appointment!