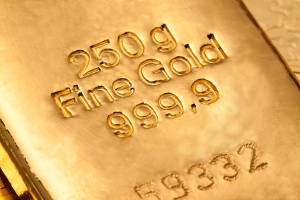 Beside the standard gold coins from the 1 ounce range and other coins of gold, Edelmetalle direkt also offers you classical gold bars for purchase.


Gold bars only from certified producers


We exclusively offer you bars for purchase whose producers are or were registrated at the London Bullion Market Association (LBMA): Heraeus, Umicore, Argor, Degussa, Valcambi. Those producers have to comply with a number of quality attributes regarding the production to be certified by the LBMA. Only then, their bars can be traded there.

This so-called Good Delivery Standard, that, in the proper meaning of the word, only applies to gold bars with 400 ounces, is 'inherited' to all bar sizes of those producers and ensures their worldwide awareness and tradeability.

For coins there is no Good Delivery Standard, here the minting sovereignty and responsibility lies with the (mostly public) minting places and minters.


Gold bars are a little cheaper than gold coins


It is less costly and therefore more cost-effective to punch out a gold bar from a rolled gold blank ('minted bars') or to let the liquid molten gold cool down in a defined form ('cast bars') than minting coins with a high pressure from previously specially produced blanks.

This leads to the fact, that - converted to the gram price - bars are a little more cost-effective than coins of the same weight. The larger the bar, the cheaper the gram price.

However, when reselling, the client also receives a lower purchase price per gram than for the purchase of coins of the same weight.


How significant is a 'certificate'?


Especially the higher weighted bars have a bar number debossed, through which the bar is clearly identificable with the respective producer -  provided the bar is genuine.

Quite often, especially the more recent bars have an additional standard certificate enclosed in the packaging, that should confirm the fineness and the authenticity of the bar.

One can certainly argue about the meaningfulness of such a certificate made of paper. In this respect, sceptics emphasize with good reason that it is much easier to counterfeit this certificate than the proper gold bar. Insofar, the piece of paper leads to believe in an apparent safety.

Nevertheless, it is exactly this certificate that appeals to laymen and first-time buyers, which is why some buyers even choose such bars over coins. Coins are usually not armed with an additional certificate.

Edelmetalle direkt offers and absolutely recommends an authentication of the bar itself and considers such a paper certificate at the best as an additional, but not sufficient extra with regard to the authenticity.


Authentication of coins easier than the one of bars for laymen


Principally, one can say that coins are much easier to check for authenticity than bars. The defined sizes (thickness, diameter and weight) also allow to laymen to determine the authenticity of a coin with a high certainty. And the thinner the coin, the lower the remaining risk with regard to possibly incorporated tungsten (see here). (links in German language)

© jojje11 / Fotolia
Bars do not always have those defined sizes. There are cast bars and minted bars. Partly in coffin shapes (a smaller suface on the top than on the bottom), partly with rounded edges. And even from the same producer, the sizes sometimes vary considerably. Because of the lacking minting of bars and because of the often greater thickness of the gold layer, tungsten sticks or plates are easier to incorporate in bars than in coins.

Furthermore, there are outstandig bar imitations to purchase for little money on diverse internet platforms, which are obviously sold in huge numbers. However, one can generally say that there are only extremely few cases until now where it was tried to circulate specifically those falsifications as alleged 'genuine gold'. Still! However, if the supplies of genuine gold dry up and it is only still possible to get at expensive gold through classified ad markets and private sales, also those falsifications will circulate increasingly.

For banks or traders it is no problem to check the authenticity of a bar or a coin. However, it is considerably easier for laymen to check a coin for authenticity than a bar. And those who already think about the resale when purchasing and do not only want to be dependent on traders or banks should rather reach for preferably well-known standard coins of gold.


There are also sceptics who are afraid that coins of gold could rather be subject to a future gold ban than gold bars. Explanation: coins are official currency in one country. However, the owner of currencies is the respective state, who can collect those arbitrarily and is allowed to convert them into other currencies (of paper) with the same denomination. By contrast, gold bars are classified as a metal and not as money.

It may be doubted, if this valuation will apply . Presumably, the owners of gold coins would immediately proceed to melt down their gold coins themselves (or to have them melted down privately by the jeweller/goldsmith) and to disguise them as bars or jewellerey.


Furthermore, a new gold ban seems very unlikely at the time, because - contrary to  former times, where almost every artisan, every farmer, every household who had something to spare had a couple of gold coins hoarded - today, the private possession of gold coins and gold bars rather constitutes an exception. 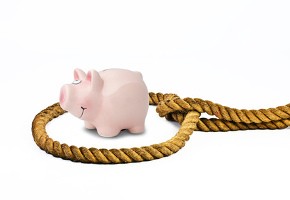 ©fotomek / Fotolia
A possible gold ban would not even apply to most of the households, because they do not possess any gold. Furthermore, specifically such a ban would make the precious metal especially lucrative for the black market. This should not be in the interest of the state.

The state needs money. Insofar, a measure will appear with which the state can be 'succesfull' at the majority of the people with the easiest possible means - thus by electronic means. Here, a capital levy on all private assets suggested by the IMF and numerous economists would be appropriate - not only in Germany but in all EU-Staates.

Assumed this levy would amount to 20%, the state could e.g. execute a land register entry of 20% for the owners of real estates through the electronic land registers - at the touch of a button.

Equally, a levy of 20% at the touch of a button on bank balances, savings, share portfolios, life insurance balances, building society savings, and also on gold coins and gold bars purchased from the bank or through the internet. Everybody would be treated equally, gold would still remain unsuspicious. Only those ones who have acquired gold and silver legally over the counter fall through the cracks.

By the way: Contrary to a private gold ban, there has never been a private silver ban and this should also be considerably more difficult to realize because of the double character as industrial and investment metal.

Conclusion: Gold bars as an admixture for your depot

Those who already dispose of a basis of standard silver coins or standard gold coins can definately increase their further precious metal stocks with bars. In case of doubt, one can at first resort to the coins for the desired quick resale and look calmly for an expert, for whom the authentication of a bar does not pose a problem.